Do Flashmobs Make you Cry?

I love watching a good flashmob—even now when they are no longer as cool as they once were. They usually make me laugh or sing, but I don’t think any have ever made me cry.
Until I watched this one…
http://www.youtube.com/watch?v=hDBSpuPhdE4


Now, I’m cynical and I’m sure that some of these people singing were planted there and that many bystanders kept walking, BUT, even still--to see that many people in a MALL, singing about the REAL reason for Christmas just did me in.  Especially at the 4 minute mark forward.  I won’t spoil it, but if you watch nothing else, watch it from that point forward.
So grateful for a King  who came as a baby because of His tremendous love for me!  And thankful for the freedom to “Go tell it on the Mountain.” 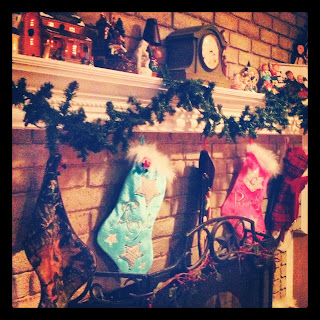 Every year, like most of you, we pull out the boxes of Christmas décor. Boxes filled with garland, lights, ornaments and knick-knacks. We aren’t over the top, but we have enough stuff that I have to take our regular, everyday stuff down and pack it away for the month. (That’s also probably the only time I dust it all year, so you can imagine what a great housekeeper I am!)

So, I started thinking, maybe I’ll leave a Christmas decoration or two up this year—as a reminder that every day is a good day to rejoice that a Holy God became a human baby. As a reminder that we have a loving and compassionate God that was moved to action for us.

To remind me that there’s way more to life than the daily grind. I'm a part of a bigger (and better) story.

What about you? How do you keep Christmas “real” throughout the year?

Introducing Hunter…The Dude on the Shelf

Once again, we are thinking out of the box at the Royal house. I think this one puts us over the top as just plain ol crazy. Caroline has been asking for an Elf on the Shelf this year. I’ve had good intentions of getting her one, but just keep forgetting to look when I’m at Target (the only store I know who has it). Last night, she reminded me, so we stopped there on the way home.

And, just like I figured, they were out of them. If you know me, you probably know that I typically have a Plan B and sometimes even C to almost everything. It’s just the way I roll—call it half glass empty, but its reality most days that Plan A doesn’t happen the way I think it should.

I had been preparing her…”They may be already sold out. If that’s the case, maybe we can find an elf doll.” They did have a plush doll, but we decided to head over to the doll section to see what else was there. I was hoping for a knock-off elf (especially if he was cheaper) or a Christmas Ken doll. 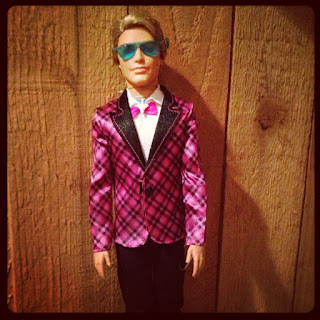 What we found was a Mermaid Tale Ken. He was in surfer shorts and I think the girls kinda had a crush on him. Hope was enamored with his highlights and Caroline kept asking if he had a 6 pack.

I explained that our elf could not be shirtless, so we bought the only suit available—a pink and black one (they did insist that he keep the sunglasses, though). He was named Hunter, but since he’s not really an elf, he became “Dude on the Shelf.” When we were laying the ground rules (I’ve never read the Elf on the Shelf book, but I’ve heard some of the scoop), I made sure the girls knew they couldn’t touch him. His job was to watch and report back to Santa (even though they don’t believe in Santa, they often forget and play along).

That’s when I knew we had passed crazy a few blocks ago. Hope exclaimed, “He won’t call Santa, Dude will call the modeling agency!” 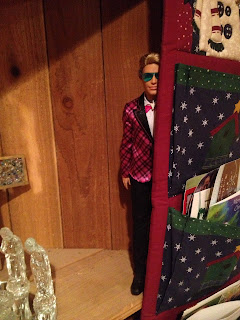 Brian thinks he's creepy and won't play along, but what he doesn't know is that we passed up the One Direction dolls--it could have been worse.

Have you ever improvised with your kids? How did it turn out? 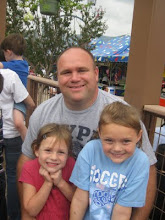